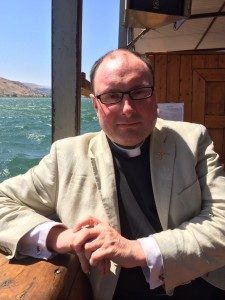 Fr Robin is married to Marina Jones, the Deputy Director of Development at the English National Opera, and they have two children. Fr Robin is a qualified cricket umpire, although time limits the games he can stand in. He is also interested in reading about and watching American and British politics, Opera, and theatre.